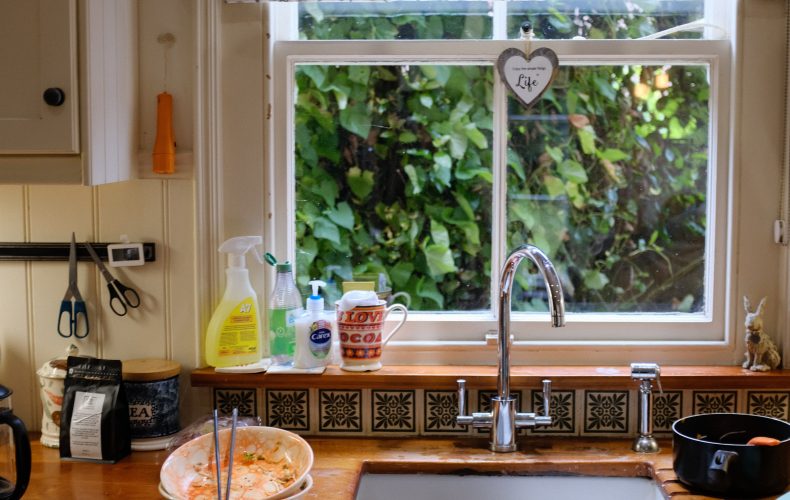 The Art of Washing Dishes and Other Life Skills. Writing Through Grief.

Every time I go to wash the dishes, I think of Lonnie. I think of the art of washing dishes.  I was probably in the fourth grade – so nine-ish – when she taught me the “right way” to wash dishes. We were in Maine, visiting her family for our annual trip the week of July 4th. I helped to clear the plates after dinner.

Once everything was cleaned it would be time for card games and laughter. Since her mother had put the meal on, Lonnie offered to wash the dishes. I offered to dry, as I was taught to do at my own home with my parents.  Truthfully I hated drying and rather wash instead, but I wanted to do my part.

“Unless your towel is straight out of the washer and dryer, you should actually let them air dry. It’s cleaner that way,” she said to my offer.

I thought on it and put the towel back that I had picked up. She smiled at me holding back a laugh.

“If you use a towel where everyone’s been wiping their hands on it all day, you’re just using people’s hand germs to dry your clean dishes.”

Made sense. I would file that way to use at home to get out of drying. (Which didn’t work. My parents quickly found a clean never-been-touched hand towel to use. Parents are smart like that.)

“I don’t suppose you know the right way to wash dishes, then,” Lonnie said, staring out the window right in front of her, looking for birds, and watching the peacocks pace in their pen. 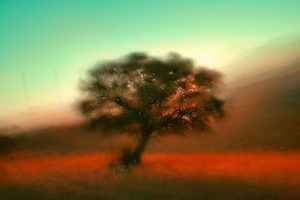 Kitchen windows above kitchen sinks seemed to be a thing in all the homes I had the privilege of frequenting growing up. Both of my grandparents’ homes had windows above the sink; Lonnie’s home had a kitchen window with a sitting bird feeder; my parents’ kitchen looked into the living room but then that room had a wall of windows you could glance through.

And every single time anyone washed dishes at those sinks it seemed they were carried off into some faraway land that only they could see through that window. As though the art of washing dishes automatically entranced them and carried their consciousness somewhere else.

Now, in my own condo, my kitchen sink faces a wall and the sliding glass doors to my deck are on my backside. I’ve often thought about finding a picture that looks like the outside and hanging it above the sink, just to give me something to look at.  I don’t float off to other places. Instead, I think of Lonnie.

“The key to washing dishes is keeping the water as clean as possible. So before you begin, you want to make sure everything has been scraped and rinsed.”

Per usual, I hung on every word. Whatever Lonnie had to say, I was a fierce listener. Even if it was the art of washing dishes. 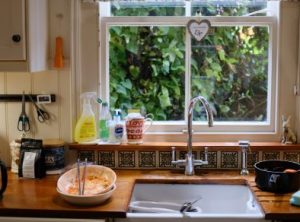 “Then, you can fill up your sink with hot soapy water. You begin with the silverware because it’s the smallest and most likely to have the least amount of food on it.”

“After that, cups or glasses. From there, bowls. Plates. And the serving dishes and pots and pans are always last.”

Who knew there was such a precision to this? I grew up with everything just going into the water and you have at it. Not just at my house but also at my grandparents’. After big family meals, all the women would pile into the kitchen and commence the cleaning. Which always pissed me off because the men were in the other room smoking pipes, or having another beer, or hanging back in front of the TV. Such injustice!

That said, there was something special about the women together in the kitchen, I suppose, doing the dance. Moving around each other with ease, grabbing another dish to be rinsed or scraped. Drying one. Putting one away in the cupboard. And chatting and catching up.

This wasn’t much different at Lonnie’s parents’ house. The kitchen was nice and open, an old farmhouse kitchen with the dining room table in the middle. We could all stay together in one room and there was less segregation between the men and the women, all of us able to talk with each other, though the women were still the ones cleaning up.

After that lesson in the art of washing dishes, I started to help with the washing that week, practicing this “right” method. I was surprised to find how clean the water remained by the time you were done. And I came to appreciate later in life (when I could understand) how this method of washing probably helped to save on water and utilities during the war (World War II) and the days that followed where everything was scarce.

Just like people being reborn into Christianity or in my experience, finding feminism, I was so hot over the “right way” to wash dishes that I told everyone I could. The next dish-washing occasion, I could not keep my mouth shut. “You’re doing it wrong,” I would complain. “You’re going to get the water all dirty.”

Over the years, there was plenty of other excellent practical advice and domestic skills passed along to me. The art of washing dishes was only the beginning. Lonnie also imparted such things like how to square off the corners of your bed with the sheets when you make it (admittedly, I never quite figured this out).

Plus there was, to always put the toilet seat down before you flush so that you don’t spray your room with the toilet bowl spit. To stop using dryer sheets and move to dryer balls to prevent toxins from getting into your clothes. The right way to fold towels (another one I never quite got the hang of as easy as it seems and as many times as she showed me.)

She taught me how to change a diaper, hold and feed a baby. She ran a daycare for 30+ years, I don’t think I could have gotten away without learning these things, and thank goodness I didn’t, because babysitting was the first job I ever had and it was for the parents of the kids at daycare who came after me. There are ways I parent now that came directly from watching Lonnie with children over my lifetime. 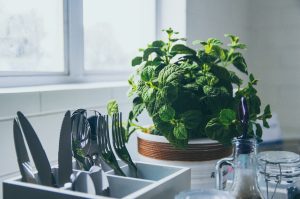 I learned how to use a gas stove, how to follow a recipe, how to use a sewing machine, how to count by 5s and 10s by playing Yahtzee, how to begin and finish a puzzle, and how to look at almost any project and go, “We could probably make that.” This was always what she would say when we would go to craft fairs and we would see something we liked but that she thought was simple enough to do herself. 9/10 times she could.

As I move through my day, nearly every moment I can tie back to some life lesson or practical skill I learned at Lonnie’s side. Doing my laundry, making my bed, baking. And always, always, when I engage in the art of washing dishes. 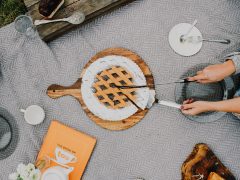 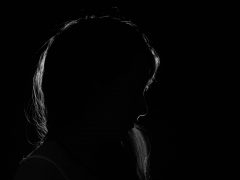 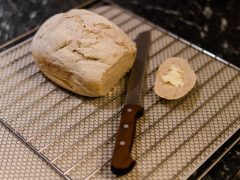 You have some beautiful memories of Lonnie – so much like mine with my Gram and mom. Always valuable lessons carried through life.

My mom taught me to do dishes the same way. Sadly, it has fallen on deaf ears with Ken and the boys, so I tell them to use the dishwasher or will do them myself. They are cleaner that way. 😏

As for the window above the sink – it’s a must in your next house! In the meantime, you could do what I used to do when working in windowless govt offices – I hung up the ‘Porches’ calendar so that I got a different view of the outside every month. It kept me sane for years!