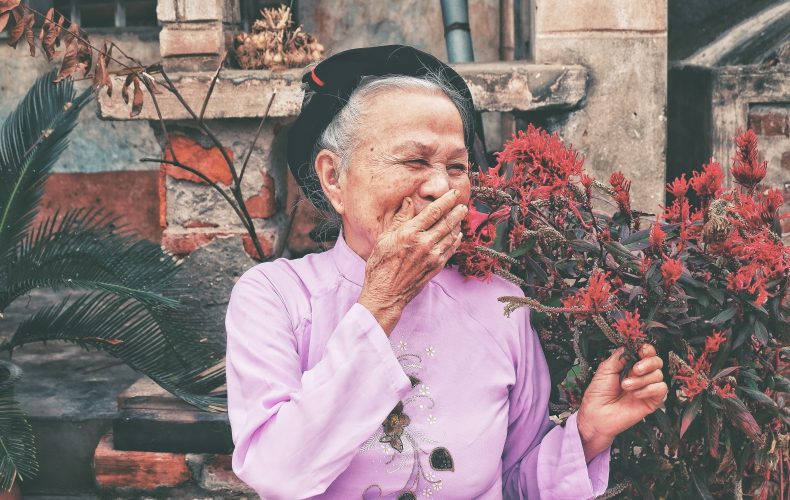 Older Women Dancing: So Long as I am Alive, Let me Live

I was supposed to get to camp much earlier Friday morning than I had arrived. As that morning went, nothing was going according to plan. By the time I did check-in, I had already missed the morning sessions, but I had arrived in time for lunch where my weekend would be kicking off with a performance by the Highsteppers, an older women dancing troupe. I couldn’t wait to witness a group of dancers who defied dancing age standards.

Yes, this group of older women dancing were upwards of 60. Most of them with us that afternoon surpassed that number. 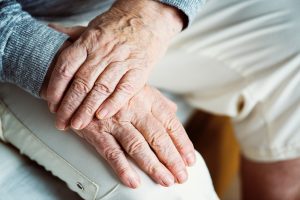 I had run into them in the office at check-in, but they were all in normal clothes. Upon seeing them, I knew who they must be, and I bubbled with excitement. For weeks I had been looking forward to women’s weekend. Every time the camp director posted a new spotlight on the Facebook page of the weekend’s offerings, I counted the number of days left. When I read about the Highsteppers, I couldn’t wait.

Seeing these older women dancing was going to be epic.

Sitting down to lunch, the Highsteppers lined the opposite wall waiting to be introduced. They were decked out in sequinned, bedazzled ties and hats, all with matching shirts and dance shoes. They looked like they had stepped off the set of Chicago or Cabaret. The phrase “and all that jazz” came to mind and I wondered if they would, in fact, employ jazz hands. Quite honestly, they were a magnificence to behold.

This older women dancing troupe was about to perform in front of a group of (mostly) 30 and 40 year -olds, a group whose bodies theoretically should be able to move with more grace, rhythm, and ease than those decked out to boogie. My excitement mounted. Yes, I thought. Shake what the good Lord gave you.

Women aging is not something we tend to celebrate or discuss – at least not in a healthy way. Instead, media, fashion, beauty, and pharmaceutical industries show us all the products and services we can employ to make ourselves appear younger.

Additionally, heteronormative narratives about aging men and women’s romantic and sexual relationships often present the older man seeking out the younger woman, as though older women aren’t available, aren’t an option, aren’t desired, or aren’t preferred. These narratives, I believe, often are presented as though it’s their bodies that are the problem. The focus is on the younger woman’s physique from the shape and muscular tone of her body overall, to the flawlessness of her skin, the vibrancy of her hair and facial features.

If we also include the ideas – whether factual or not – that younger woman’s sexual vitality is stronger than an older woman’s, than here, too, we have damned the older woman to a life of isolation? Loneliness? Lack of physical intimacy? Because their bodies are seen or thought as lesser than. 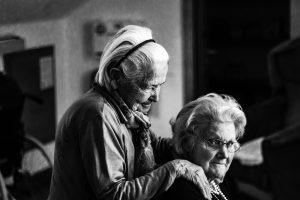 Why is there an assumption that because their bodies are going through the same aging process as anyone else that their bodies are the ones that are inferior? Is there an assumption in our bias that they cannot still perform physical intimacy in the form of sex? Do we really believe their bodies aren’t beautiful merely because they are going through a natural process that we all will go through? What kind of bull shit is this? (Consider this: breasts and balls both sag with age, but we aren’t spending a lot of time talking about the latter are we?)

Consequently, I looked at these older women dancing and I saw so much more than just the experience of watching a physical art form.

They are making a stand, whether they mean to or not. Maybe they just love to dance. Fine. I’m not trying to push my feminist agenda onto them. They can tell me to shut up; I’m just here to dance. I respect that. From my lens though, I see women who are saying SCREW YOU to the industries and people who promote messages that women’s aging bodies are inferior and undesirable.

Though most would think them too old to dance, among several other things, they are doing it anyway. They are engaging their minds and bodies by learning choreography, proving that all parts of them are still ticking.

Don’t you dare tell me not to live just because I’m old.

I think about the weekend before when my mother’s side of the family came together at the lake and played lawn games. After a few games watching family members play Cornhole, my grandmother, at 87, told everyone she wanted to play. I wanted to shout “YESSSS! YOU GO MEMERE!”

For the next half hour or so, there she stood, on her own two feet, lodging the bean bags into the air from her board over to the others. She sat between turns, but she threw those bean bags herself, unassisted. Though we all worried about her toppling over with each rise from her chair and her winding herself with every throw because both her balance and lungs are physical challenges for her, none of us stopped her or dissuaded her because of her age or her body.

We still provided her the right over her own body.

She would tell us if it was too much. She would make the decision about whether she needed to stop, because she can and she should, so long a she has the ability to do so. Instead, we snapped photos and took videos. We reveled in the idea that this woman is one kick-ass person to want to learn Cornhole in her eighties because it looked like fun and she wanted to be a part of it. 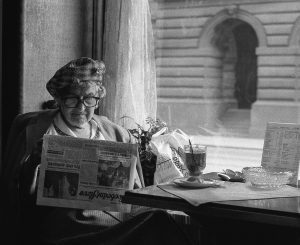 In this celebratory moment however is sadness. Why should this be such a feat to celebrate? If it were normalized that aging men and women were still capable of physical and mental stimulation and activity, we wouldn’t have had such grand excitement. We wouldn’t have felt she was defying ‘the system’ simply by being human. Her age wouldn’t matter because her humanity, regardless of age, would be understood and accepted.

This same argument can be made for my waiting anxiously to watch the Highsteppers. Was my excitement to see them do something age defying just making a spectacle out of them?

I wanted these older women dancing to feel supported and to be recognized for their confidence and courage in showcasing their bodies doing something that most would say they can’t or shouldn’t be doing at their age.

From start to finish, I was captured. I was completely engaged in their movement, choreography, song selection. When they invited us all to get up and dance with them for a few minutes in the middle of their number, I leapt from my seat, ecstatic and honored to join them on the dance floor. We danced to I’ve Had the Time of My Life.

There we were, all of us just women dancing. Age didn’t matter.

I wanted to bottle up their energy and that moment, store it away until I’m 80 (or younger). Then I could pour it on myself so I always remember that aging isn’t dying. Dying is dying. Aging isn’t. Aging is change and transition and new challenges, but it doesn’t require stopping or avoiding activities you enjoy. Nor does it require listening to the people who tell you think again because of their assumptions and ideas about your age and therefore your body. No one should conclude for you what aging means about your humanity and your livelihood.

When I’m older, I hope my body still moves like that. I want to be like these older women dancing, even if only metaphorically and not through dance itself. Let me age with dignity and with grace and with as much control as my mind and body allow. Step off telling me what I can and can’t do.

Celebrate me and what I’ve done in my life but don’t rule me out or cast me aside. I still may have plenty to offer and that’s not for anyone else to decide.

Let me dance. Allow me my movement. Let me sing. Hear my voice. Let me stand. Offer your hand only if I need it. Please. Let me live, so long as I am alive. 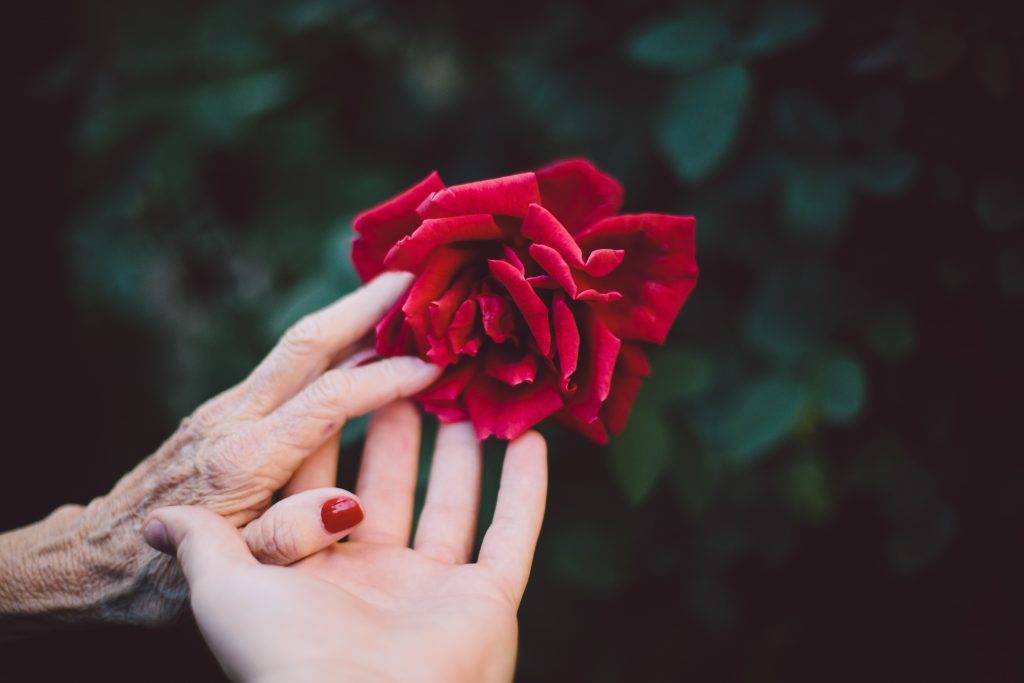 This was another post inspired by my attendance at YWCA’s  women’s weekend. 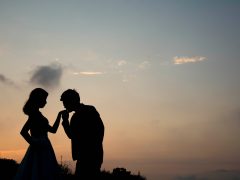 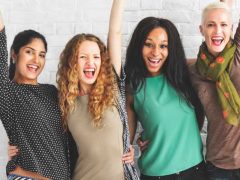